Listen to the Rockstar Ending playlist 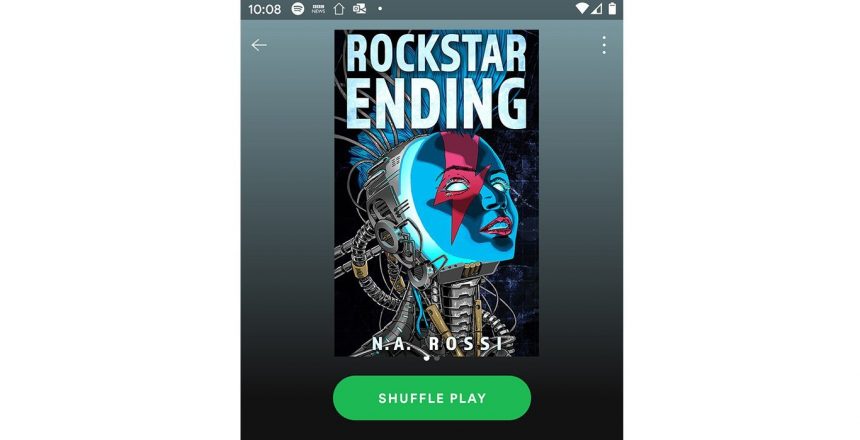 There’s a playlist at the end of Rockstar Ending (and its free prequel) for two reasons.

Above all, I wanted to make it easy for you listen to the soundtrack to the story. The clue’s in the title. It would have been crazy to assume that every reader would have already heard the same artists as me.

My musical tastes are defined by phases in my life, from mis-spent teenage years headbanging to Led Zeppelin, to taking my daughter and her friend to see Pink at the O2 decades later. David Bowie dominates, as you might expect from the cover.

I have many of the tracks on their original vinyl, even though I haven’t plugged in a turntable for years. Those old albums are loaded with significance and memories.

Another factor has been the treacherous copyright minefield. It’s impossible to quote song lyrics without going through a time-consuming, and often expensive legal process.

Even if I’d wanted to pop in the odd line, it would have delayed publication. You can quote titles and artists, though, and I’ve often described the mood or essence of a song to give you an idea why they’re included.

The best thing about the playlist is that you can get a feel for the Rockstar Ending world, before you even read the book.