Wishing you courage in 2017 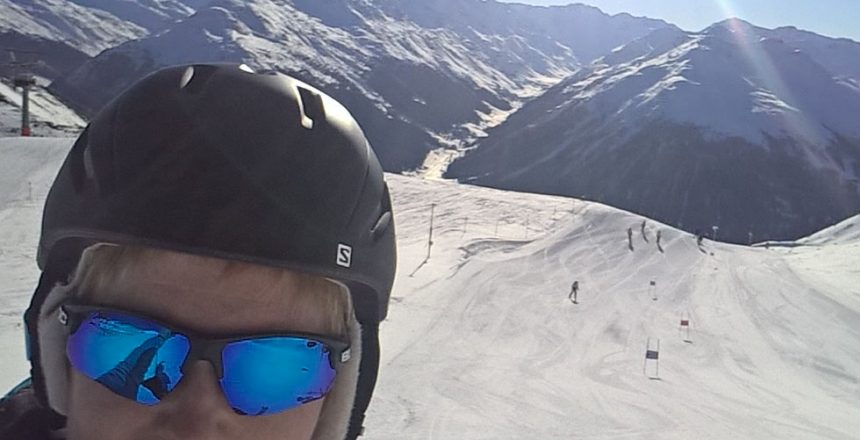 My favourite virtue, courage, has been a theme running through many aspects of my life this year. As 2016 draws to close this post is dedicated to all the people too numerous to name who have inspired me with their everyday courage over the last 12 months.

When I first began working for big companies as a young woman, I was often the only female in the room. It took courage every time I entered the male dominated environment to claim some space where I could begin to interact as an equal. Much has improved for women in the workplace since then, but there’s quite a way to go yet. The support I have had for the last 20+ years of my career from my husband, family, friends, colleagues and bosses in moving forward and upwards cannot be underestimated. Courage might come partly from within, but with a team cheering you on you are much better equipped to succeed.

Asking for the time out to study for my MA in Digital Media at Goldsmiths demanded courage every step of the way. Although it only took a few months, it felt like an eternity from tentatively raising the subject with HR to gazing in awe at the final written approval. I was lucky enough to have an executive coach who helped me prepare. When she said, “Lose those apologetic eyebrows,” I knew I was in with a chance. In the end everyone was incredibly supportive.

We’ve had a busy year between us as a family with heavy demands at work and school, sitting professional and academic exams, applying for jobs – all of which takes more bravery than many would admit. It’s been important to acknowledge these pressures, ask for help, and pull together to support each other whenever we can.

At University I am struck by the courage of my fellow students who have travelled thousands of miles to study difficult subjects in a language in which they are not always 100% confident. It was hard enough for me coming to London from just 250 miles away all those years ago. But that’s only the beginning. Some of my friends have much tougher considerations.

We have had some interesting debates about how far people should go as a writer or artist when what you create might end up jeopardising your safety or that of your family. If you come from a place where people can be imprisoned or tortured for saying the wrong thing, fear can be magnified. My instinct is to advise my friends to be conservative, but I hear others say that if you are an artist you have to be true to yourself. It is often those who come from the most dangerous places, or whose families have experienced the bitter consequences of staying silent, who are most passionate about facing the risks head-on.

In closing, I have to go right back to the beginning of this year, when my courage was tested as never before competing in the Skiing With Heroes – Supporting Wounded Veterans charity event.

The thing that needed the most courage wasn’t the grand slalom, although I was shaking like a leaf when I crossed the finishing line; and it wasn’t accepting a daunting fundraising target which my friends, family and business colleagues helped me smash. My greatest fear was that I would cry when I met the veterans. I was terrified I would look pathetic in front of the former soldiers. Somehow, though, I managed to hold it together in public, although after the event I was drained physically and emotionally. More importantly, I will be forever inspired by the bravery of the people I met. Not so much for what they had done on the battlefield, although that is not to be underplayed; but for the courage they had summoned up from the depths of unimaginable physical and mental pain to begin to rebuild their lives again.

So on that positive note, happy 2017 everybody. Thank you to all the people too numerous to mention whose courage has inspired me over the past 12 months. And to those of you who are thinking of doing something that scares you in the year to come, the very best of luck.