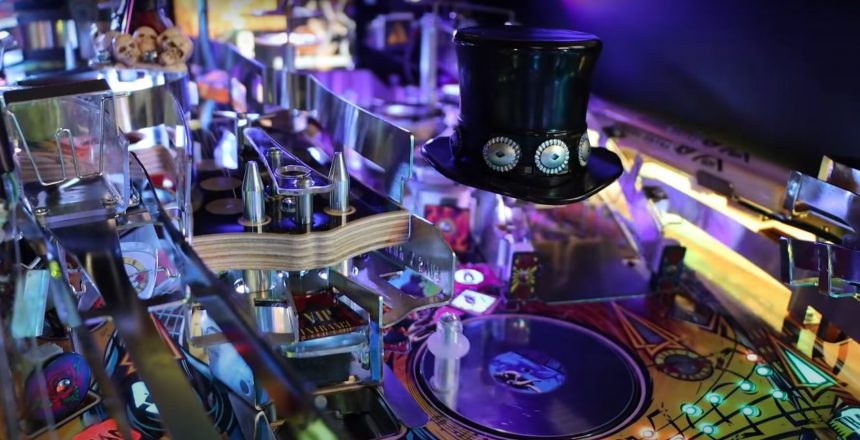 My middle-aged heroine Lexi has had such a tough time in the last two books that I wanted to let her have a bit more fun in Rockaway, my latest work in progress.

Guess what? Her partner, Bob, has had the same idea, He takes them both away for a weekend at the British seaside.

Unfortunately, even an innocent walk along the pier can turn sinister in the Rockstar Ending world. The couple end up hiding out in an amusement arcade, trying to shake off a creepy drone that will not leave them alone.

And while Bob deals with the drone – you’ll have to wait to find out how – Lexi hits the flippers.

Pinball. Love it or hate it, you cannot deny that the game has a unique cultural status.

The machines can be a great fictional device for a writer with more than a passing interest in popular music, too. Loads of them are designed around rock bands.

Researching pinball machines for Lexi to play has been a massively enjoyable distraction from writing. In the end I chose three from real life.

However, I have no desire to own a pinball machine myself. The joy of the game, for me, is all about stumbling across different kinds of tables in the most unexpected locations.