Are Robots Roaming Your Road? 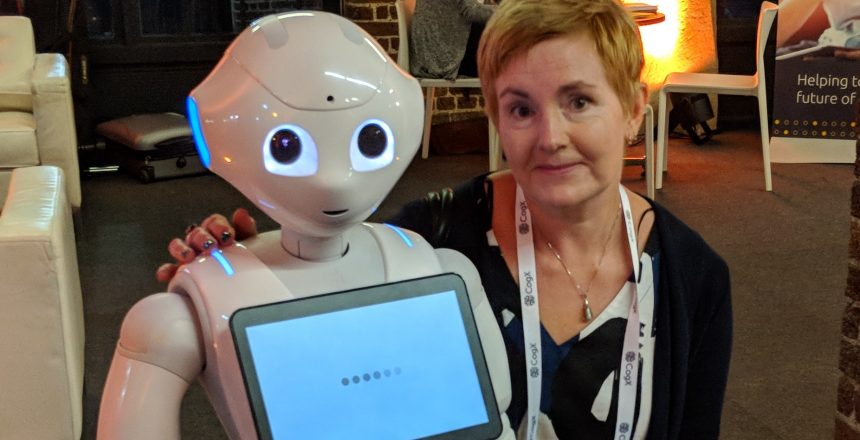 Have you seen the latest round of stories about the rise of robot helpers in everyday situations?

I met this one at a conference a couple of years ago. Its abilities were limited, and there was no threat that it might try to take over the world.

According to National Geographic magazine, there is a widespread shift in sentiment towards robots as a result of COVID-19:

‘Now that any job involving human contact is considered hazardous, demand for mechanical replacements has skyrocketed.’

David Berreby, ‘The pandemic has been good for one kind of worker: robots’, National Geographic, September 2020.

From Boston Dynamics’ four-legged industrial robot Spot, which influenced the design of the ruthless dog-like killers in the Black Mirror Metalhead episode, to Moxi, the nurse assistant made by Diligent Robotics, new uses for robots are on the rise.

A trial of robots in care homes has also been in the news. SoftBank’s humanoid  Pepper, a familiar face on the scene, has been out chatting to old folks in the UK and Japan, in project funded by the European Commission and the Japanese Government.

One of the healthcare providers in the trial said it was: “Working towards implementing this into routine care of vulnerable people to reduce anxiety and loneliness and provide continuity of care”.

That all sounds very nice. Let’s face it, though, the promise of potential savings is driving mechanisation just as it did at the start of the industrial revolution.

An article in The Guardian notes that a single Pepper costs only fractionally more than just one year’s salary for a human care assistant.

I’m sure I am not the only person that finds the outsourcing of companionship to a machine a bit worrying. And that’s before we get started on another pet hate – how patients might consent to the sharing of any data the robot collects, particularly if they have dementia.

The National Geographic article is packed with fascinating examples of robotic antics spanning several continents and ends with an ambiguous quote:

“Times are good for robotics, although they’re not good for us as a society,”

Antonio Bicchi, professor of robotics, University of Pisa, at the annual International Conference on Robotics and Automation, May 2020.