Are science fiction film adaptations ever as good as the book? 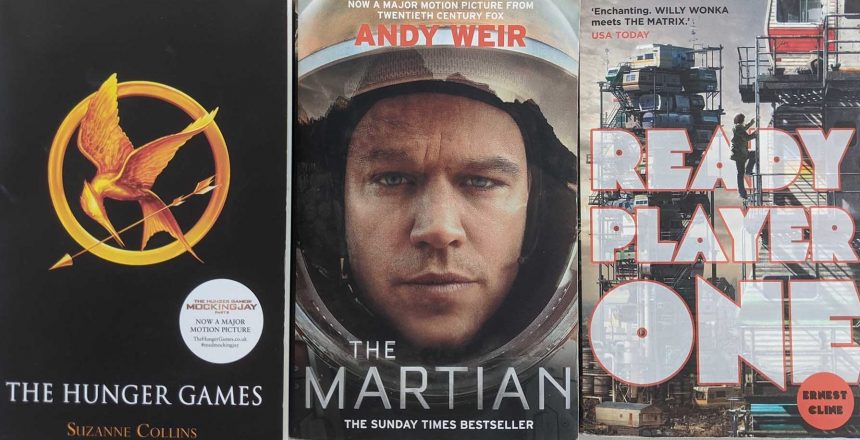 I would love to know what you think about this question, having just finished reading Ready Player One by Ernest Cline. My son suggested I read it. He said the book was better than the film.

He’s a gamer and I’m not. As a result, many of the book’s references were lost on me. But I did have one advantage. As well as being packed with computer game in-jokes, it’s also stuffed with 1980s arts culture which I know well. I especially enjoyed the musical links and was astounded to find that Monty Python and the Holy Grail (actually from the 1970s) had a crucial part to play.

I read Andy Weir’s The Martian ages ago, when one of my professors recommended it. This one sparks a particular fondness because the book was self-published in the beginning and went on to be a global success. I have to confess I flicked over some of detail in the science bits as I found them too dry, but as a thriller it works brilliantly and the movie does it justice.

Finally, The Hunger Games by Sophie Collins. Another recent read, I picked this up because a couple of people in a Facebook SciFi group I follow said they thought it had the best opening of any book they had ever read. It is pretty good, and a real page-turner. However, I have to admit that I didn’t see the film. The trailers didn’t appeal to me when it first came out, although I am fascinated by the stories about Jennifer Lawrence’s regime to get in training to play the super-athletic protagonist Peeta. I might try to catch it now.

I guess the crux of the matter is that it’s impossible to fit everything that’s in a book into a film – unless it’s a very short book indeed. You also have the pressures of the industry to make protagonists conform to certain tropes. A narrow definition of beauty, for example, is something particularly noticeable in the disparities with the Ready Player One adaptation. And with a book, so much more is left to the imagination.

Which movie adaptations of books do you like? Do you think you should always read the book first? Is there a book/movie combo you would recommend others take a look at – or one that you have found especially disappointing?