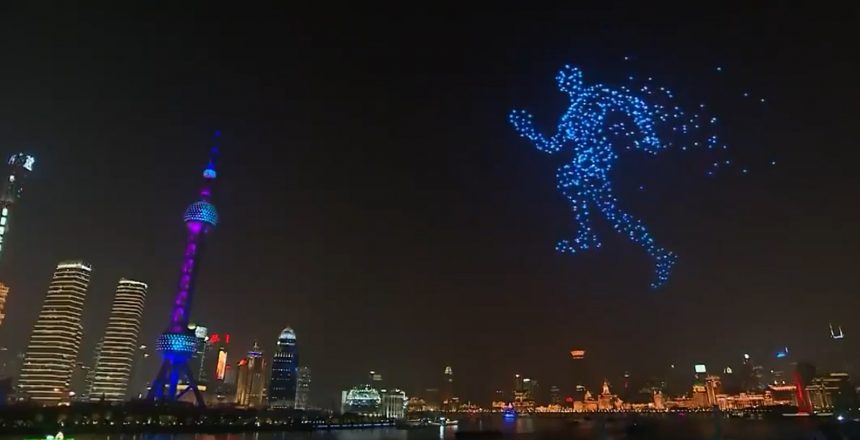 Everyone wanted to talk about the drones. It was the last thing I had expected.

Four years ago, I did some research on the Nepal Earthquake of 2015, interviewing people who had been involved in the use of technology for humanitarian relief.

What had been going on in the disaster zone, dronewise, was outlined in glowing terms in this article from The Huffington Post. Conversely, the man who was actually asked to co-ordinate drone activity in the aftermath gave a less rosy account. The situation became chaotic and dangerous thanks to people treating Nepal like a playground for Unmanned Aerial Vehicles (UAVs).

Fast forward to 2021. I’m playing with drones in London now!

OK, not in real life. But I do love flying them in my Rockstar Ending books. After all, the only constraint, when you are writing, is the boundary of your imagination.

In the first of the series, several characters get to watch a spectacular event marking the start of 2028. One of the best such shows that current technology can muster was held in China (click for the full video)   to celebrate the dawn of 2021. Or was it? According to the BBC the footage was shot during a rehearsal on 28th December and no-one actually saw anything on New Year’s Eve.

As well as using drones for deadly deliveries and sinister surveillance, it’s fun – in fiction at least – when things go wrong. Having narrowly avoided a drone-related disaster in Rock On, our loveable geek Bob gets to be more of an expert in my work in progress, Rockaway.

If you’re interested in what’s going on with drones now, you can check out the Roswell Flight Test Crew You Tube channel. Yes, you did read that correctly! And as for predictions for 2028? Well, at the tech show CES in Las Vegas last year Hyundai showcased their taxi drone, the SA1, developed with Uber, which they hope to have in the air by then.