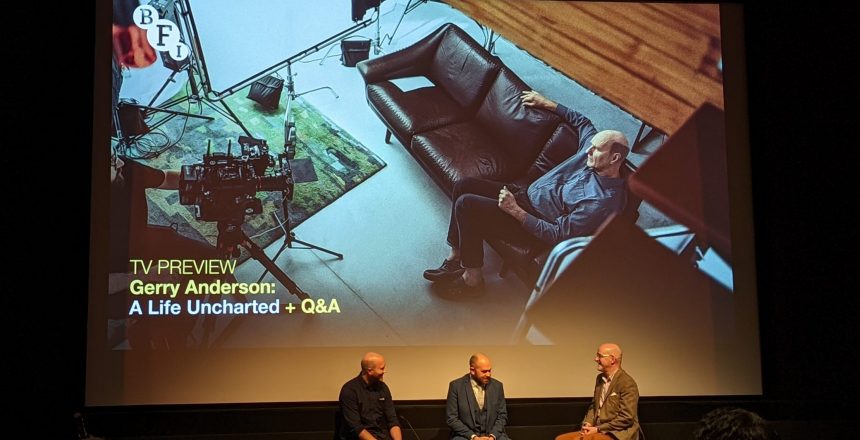 On Saturday I was privileged to attend the premiere of a new TV documentary about the life of television and film pioneer Gerry Anderson. He created some of the world’s most beloved children’s TV series including Thunderbirds, Space:1999 and many more.

The raw material of Anderson’s life, alone, is fascinating. We learned about his complicated and unhappy childhood, his marriages, and his relationships with various business associates as he built his career in film from modest beginnings becoming a creator of science fiction screen legends.

Numerous family members and former colleagues gave their intimate perspective on Anderson’s character. There’s nothing like hearing from the people who were really there. One of them was one hundred years old and still keen to talk about his old boss.

It’s a credit to the producers who persuaded everyone to take part.

Even those who were missing managed to be hauntingly present. Most notable among the absentees – apart from Gerry himself – was his dashing older brother. Tales, told in letters home from his placements in the Royal Air Force, had an impact on the whole family and provided fuel for young Gerry’s imagination.

Interviews were cleverly cut with pithy vignettes from Anderson’s work which had the audience laughing out loud. These fictional fragments reflected with uncanny accuracy some of the real life events that shaped Anderson’s emotional and creative palette.

They were also a good way of treating us to a little nostalgic magic, without overly detracting from the main plot.

In creating this tribute, you have followed in Gerry Anderson’s tradition of using the latest available technology to create a highly entertaining and memorable story.

‘Gerry Anderson: A Life Unchartered’ is being showcased at cinemas around the UK, will be streaming exclusively on BritBox from 14 April 2022, with international partnerships to be announced in the coming months.

You can see some lovely clips from the documentary on Ben Field’s Twitter feed here.