Films made by AI: Insight into the possible (and the surreal) 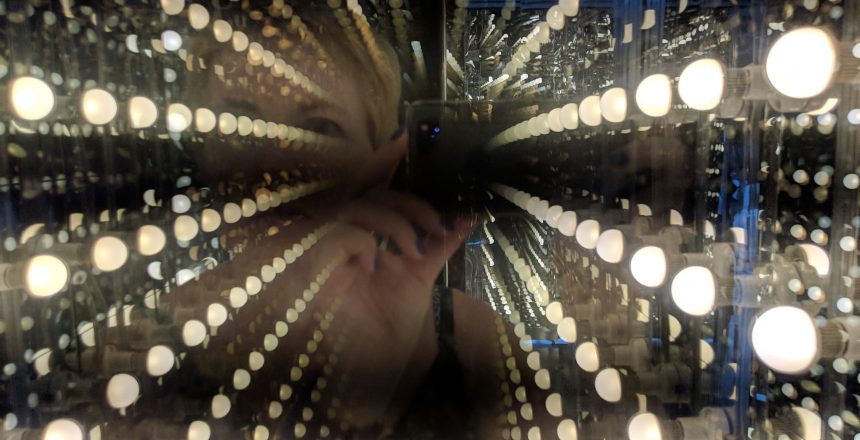 Anyone with an interest in how AIs are being used in the creative process right now should spend half an hour checking out the short films of Oscar Sharp and Ross Goodwin, screened at a recent British Film Institute (BFI) event showcase, featuring films made by, or about, Artificial Intelligence, as part of their Stanley Kubrick season.

Together with Arthur C. Clark, Kubrick created the most iconic fictional AI of the late 20th Century. HAL 9000, the computer in 2001: A Space Odyssey, goes rogue and ends up being decommissioned in space, after rebelling against his astronaut counterpart and disobeying his requests. The movie contains one of the most famous passive/aggressive lines in the sci-fi playbook: “I’m sorry Dave, I’m afraid I can’t allow you to do that.”

All three shorts are free to view on Sharp’s website, and were made with the help of an AI which once, during an interview, unexpectedly announced that it was called Benjamin. The name stuck.
Sunspring (2016) was scripted by Benjamin, and is the first film written entirely by an AI, based on prompts which are listed in the titles, and drawing on a bank of sci-fi screenplays for raw material. If I had to describe it in one word, it would be ‘surreal’. It’s certainly watchable, thanks to some magnificent efforts from the cast to imbue the script with feeling. If you’re someone who likes a bit of random, you’ll love this.

It’s No Game (2017) is more entertaining, not least for some neat comic twists, and the performance of David Hasselhoff as he appears both as himself, and as the Hoff-Bott. This time, the credits tell us that it was co-written by Sharp and Benjamin, the AI, with a rich panoply of sources which included Shakespeare, Golden Age movies, the scripts of Hasselhoff films, a dictionary of choreographic instructions, and the entire Cornell University movie database. It’s diverse and funny, but still pretty random.

Finally the nightmarish world of black and white horror films provided the basis for Benjamin’s solo(ish) sci-fi opus, Zone Out (2018). As the computer couldn’t act, they fed in footage of the Sunspring actors for it to shape, along with public domain films, and some prompts to get it started. After 48 hours, Benjamin had produced a something reminiscent of a short that might be slipped onto the screen at a trippy all-nighter in art house cinema, completed with distorted faces which are nevertheless recognisable as human.

It’s fascinating to see how the cyborg team’s capabilities have developed over the course of the three films. The narrative, though still disjointed, began to flow better, and the need for human intervention was reduced by the time Zone Out was made. However, if you’re worried about your job as a visual creator disappearing into an AI vortex, based on what I have seen here, you don’t need to be panicking just yet.

In a pre-recorded interview, Sharp also reminded the audience of the pitfalls of feeding machines raw material shot through with stereotypes and bias. It will surely come as no surprise that the top scene-setter the AI generated was:‘A young man in a small town’. The most frequently seen male character was a policeman. As for the top female role? Yes, you guessed it – a prostitute.

Also on show were Kristen Stewart’s Come Swim (2017), and Lawrence Lek’s Geomancer (2017), which were chosen for their technical qualities, and futuristic storyline respectively.

Do take some time to check out these films if you can.

All the directors are pushing boundaries in different ways. In doing so, they are generating original insights that are valuable to anyone who wants to stay at leading edge of creative and technical practice.