News for the folks back home 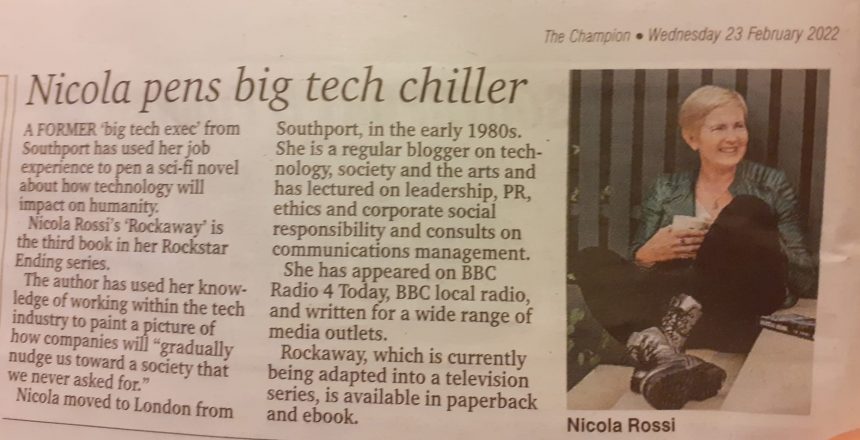 It means a lot to me that I made it into the local newspaper in Southport, the town in the north west of England where I grew up.

There’s something special about physical print, although the story is also in their online version.

A couple of my friends are keeping copies of The Champion for me to collect when I next visit.

The last time I was pictured in a Southport local paper would have been before I left home in the late 1970s. Most likely it would have been to do with my achievements as a teenage drama student or the Girl Guides.

At that time, local newspapers were the heartbeat of the community, chronicling many aspects of life.

A few years later, when I started working in PR, local papers were still a crucial source of information for local people. In my first job at BT, I was responsible for media relations with 70 local papers – and that was just covering North and East London.

Some of the larger regional titles still play an important role today, although all newspapers – in the UK at least – have had to survive with a far smaller editorial team than they had in days gone by.

Even more reason for me to be thankful for being featured in this print edition.