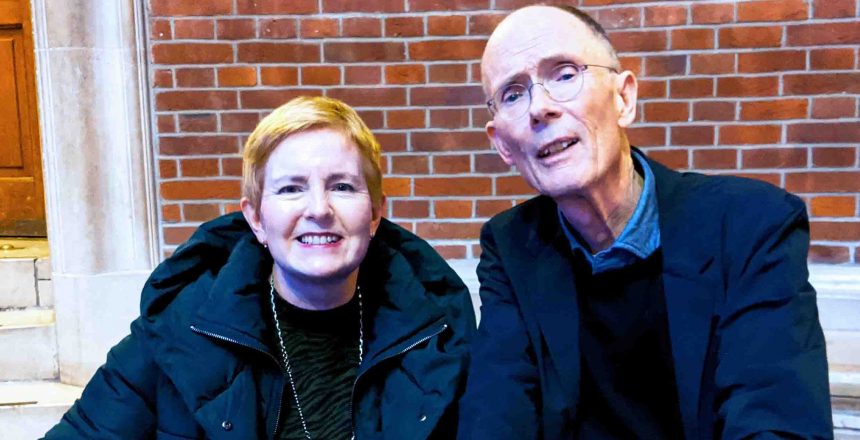 Last night I was privileged to meet Sci Fi superstar William Gibson when he touched down in London promoting his latest novel, Agency.

The book is a sequel – and second in a trilogy – following The Peripheral. One common theme is that both books play with time, but allowing time travel only via a digital presence.

As a huge fan of the Westworld series on Amazon, I was very excited that The Peripheral is being turned into a screen adaptation and asked him how the production is going.

I was curious about the TV adaptation because readers often tell me they think Rockstar Ending will be good on screen. Everything I heard from Gibson last night, however, affirmed my decision to create a novel around the idea as a first step.

Getting a concept into film and television is a notoriously precarious process.

Although Gibson sounded pleased that the production was underway, he thought it would be “healthiest” for him to “regard it as a stub”.  A stub is his term for a narrative device handling the time travel paradox, by creating a branch of alternate reality.

I’ve been pretty excited about the publication of Agency ever since he started talking about it on Twitter last year. His Twitter feed @GreatDismal is full of interesting snippets.

If you’re not familiar with the man behind the manuscript, this Guardian interview, published a few weeks ago, covers a lot of ground. He is a legendary figure in science fiction, credited for being the first to coin the term cyberspace, and inspiring elements of cult movie The Matrix.

The future is already here. It’s just not evenly distributed.

Photo © Nicola Rossi  2020 N. A. Rossi and William Gibson, 4th February 2020 in the Emmanuel Centre, London. How to Academy event: WIlliam Gibson on the Future.