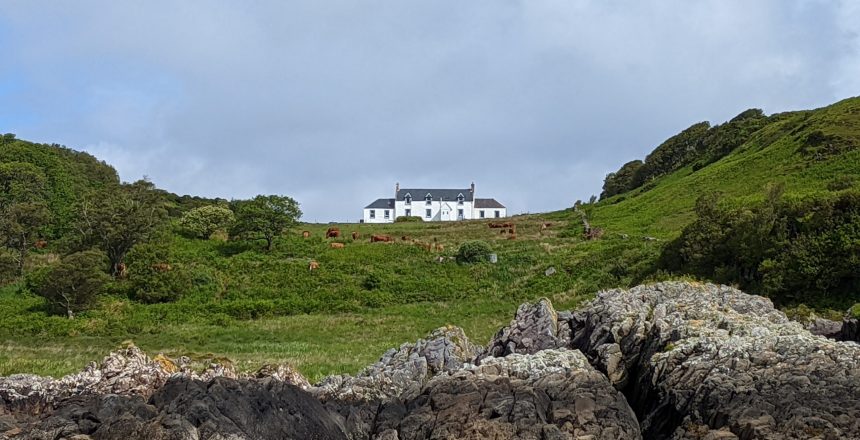 I’m just back from the trip of a lifetime to the far-flung Scottish Island of Jura, travelling in the footsteps of my inspiration, the great writer George Orwell.

An emotional moment was being able to stare out of the same window Orwell gazed through while writing Nineteen Eighty-Four.

His bedroom study was behind the top left window in the main part of the house, pictured above.

Barnhill is miles from anywhere. A friend of Orwell’s, David Astor, whose family had an estate on the island, had helped him to find this exceptionally remote place to stay.

It is now a family home. We were only able to go inside by special arrangement with the owners.

There is no proper road to the house. It took us an hour to reach it by boat, in bouncy seas, scrambling up a rickety ladder onto dry land, and covering the last kilometre on foot.

There, while he wrote, various friends and family joined Orwell, including his three-year-old son, Richard.

We were lucky enough to have grown-up Richard as our guide, and he shared some fond recollections of family life and various escapades with his father.

Together, they accidentally embarked on a perilous adventure with two other children, Richard’s cousins Henry and Lucy, in the Corryvreckan whirlpool.  On an ill-judged boating trip, Orwell lost the boat’s motor and they capsized.

The party was able to scramble onto a small rocky island where, more by luck than judgment, a local fisherman found them hours later.

If they had perished there would have been a terrible human tragedy, and no Nineteen Eighty-Four.

The weekend – including a less eventful visit to the treacherous whirlpool – was arranged by the amazing Orwell Society.

You can find a longer account of our visit, with more photos, on the Orwell Society website. 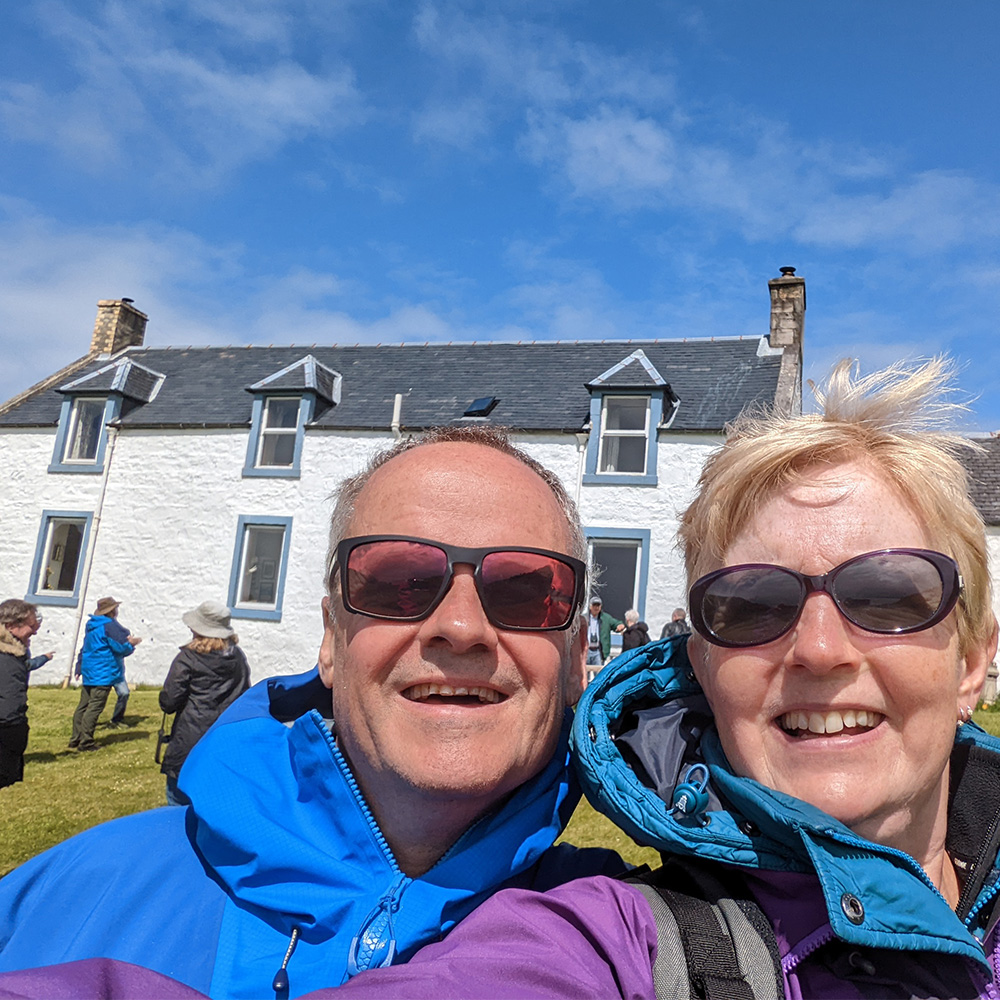 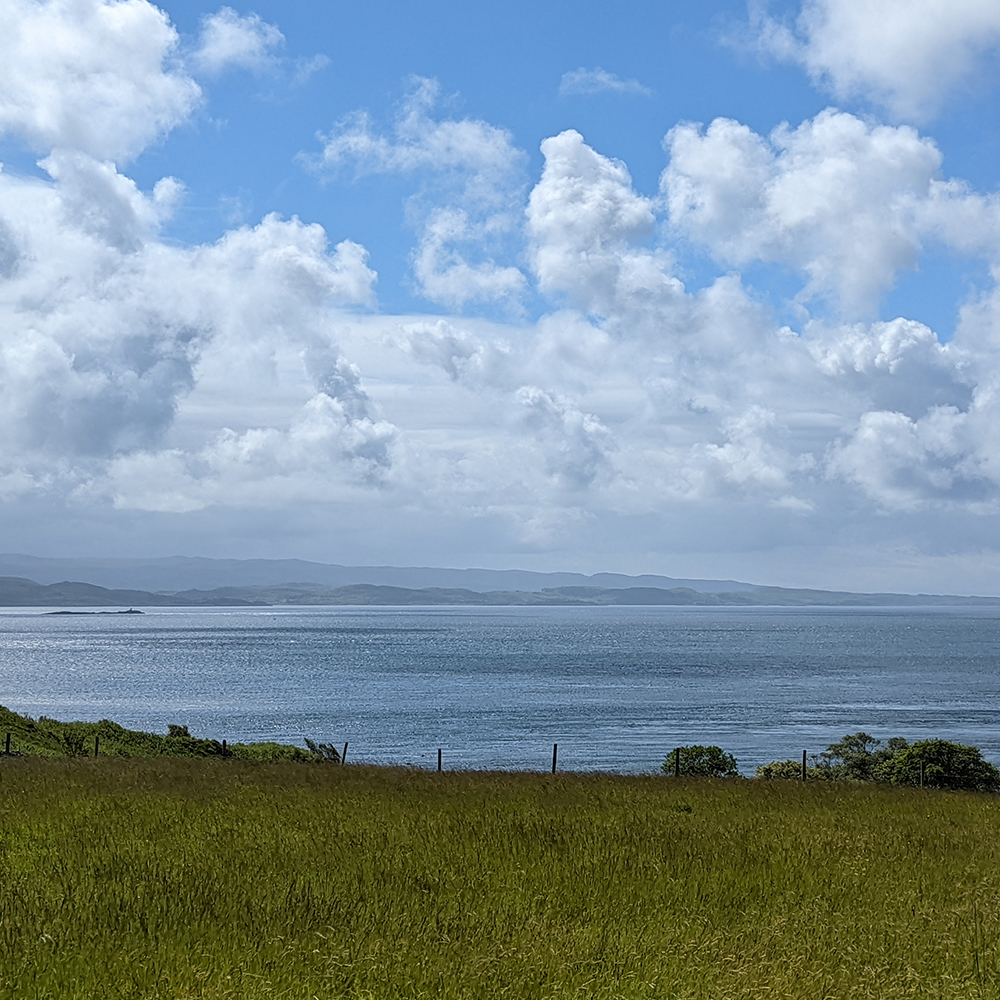 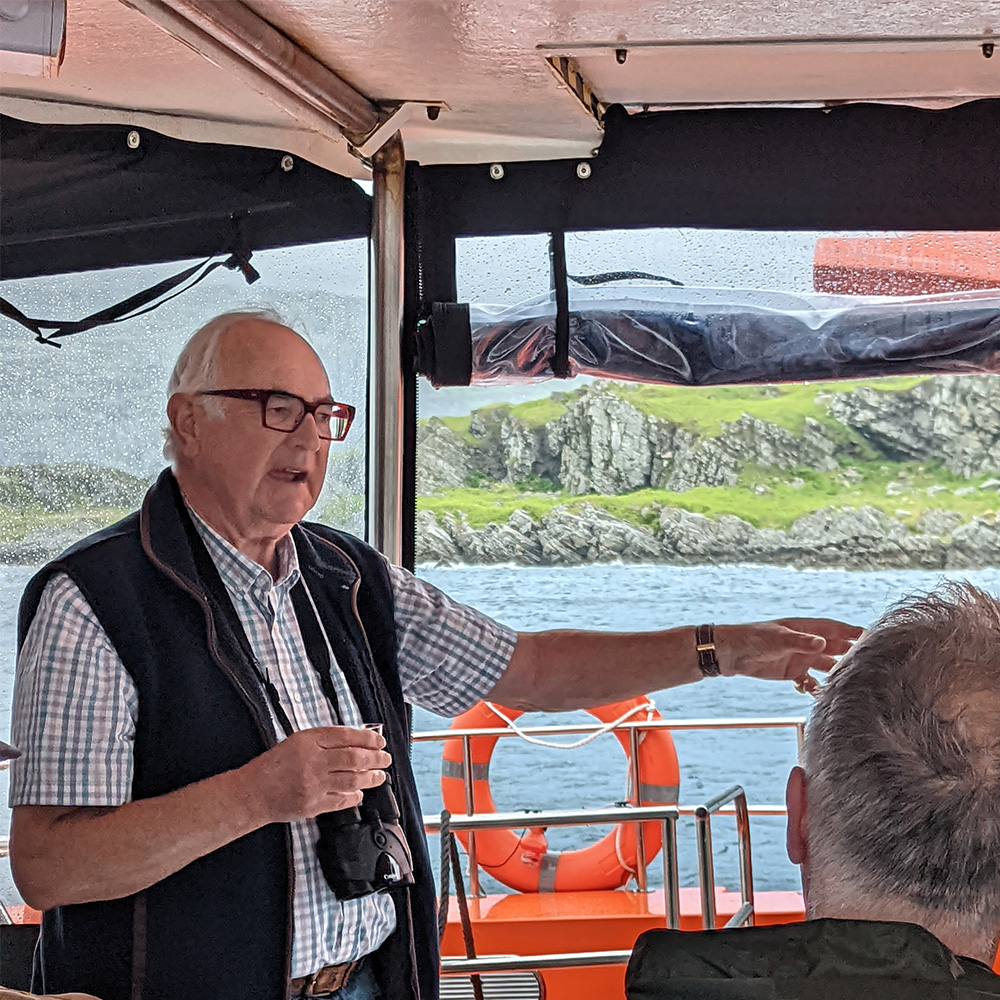 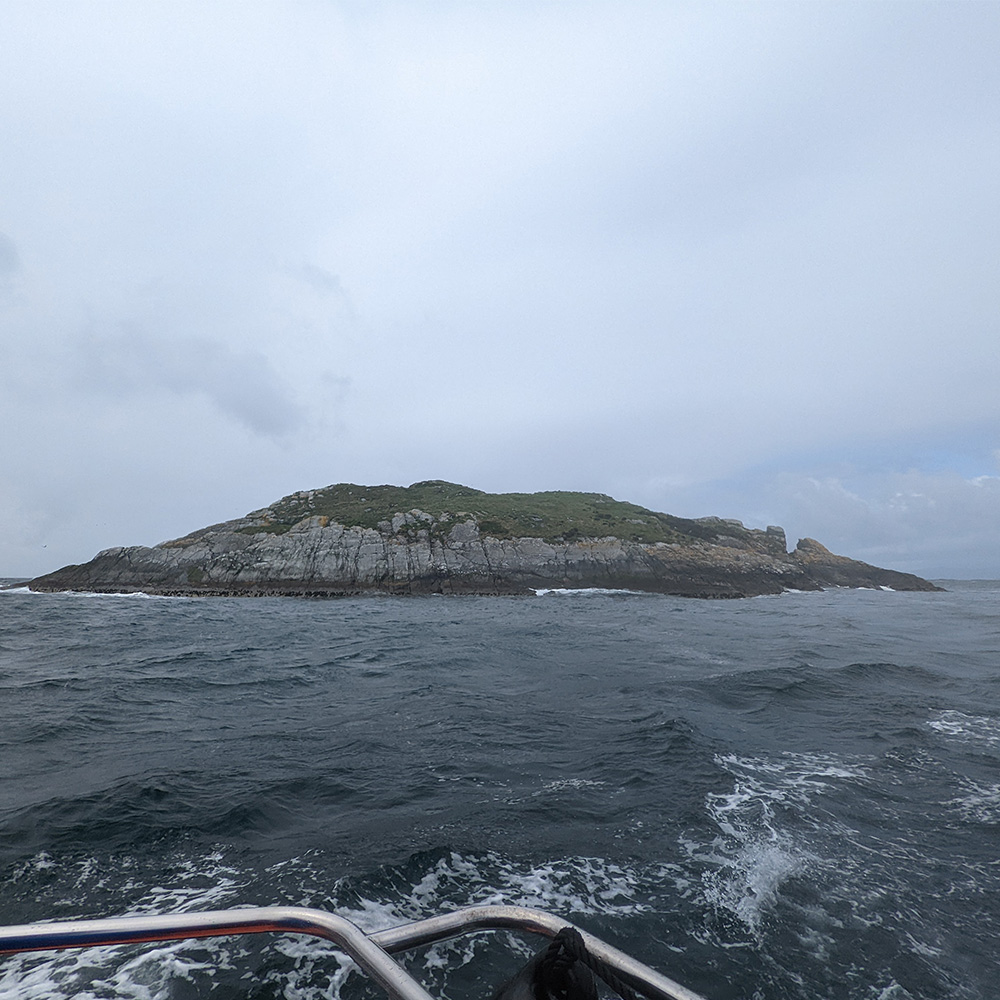 Me and my husband, Simon, at Barnhill