Deepfakes won’t always be this funny 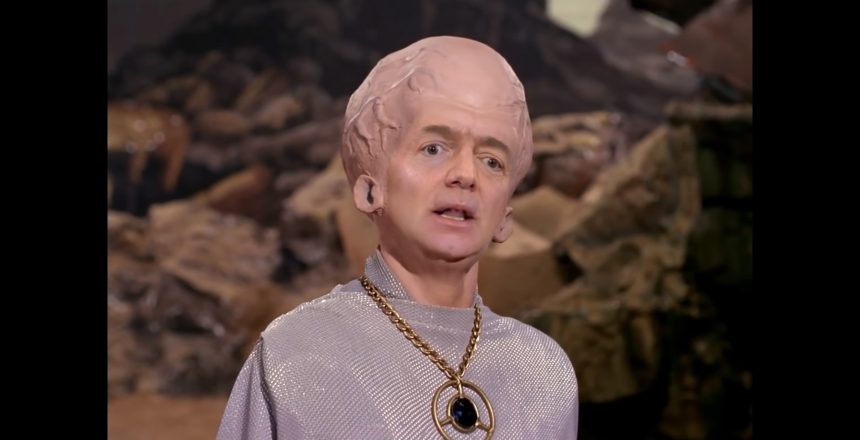 This clip, which appeared on YouTube last week, showed off some of the latest playful wizardry from Fakening.com whose website is filled with satirical mashups.

They love to take a pop at various people in positions of power. In this example, Amazon’s CEO Jeff Bezos is disguised as an alien in an episode of Star Wars, playing opposite a pastiche of Elon Musk, cast as a human.

It was interesting to see how this kind of special effects technology has advanced since last year, when I had a look at a few films made by or with Artificial Intelligence (AI). Here’s a blog piece about what I saw.  They were all pretty surreal. You can see for yourself by checking out this short made by an AI, with guidance from Ross Sharp and Oscar Goodwin.

The theme of deception is one that fascinates me. In Rockstar Ending, more than one of my characters has changed their name in order to hide who they really are.  You can probably tell from the cover of the book that the trouble really starts when machines are cunningly disguised as human beings.

You will have had an exchange with a machine already if you have ever interacted with a customer service chatbot, or a virtual assistant like Google’s Assistant, Apple’s Siri or Amazon’s Alexa.

However, as AIs become more sophisticated, it will be easier to mistake chatbots for people, unless the companies using them start to actively disclose what’s going on behind the scenes.