For Those About to Rock: Free book and playlist 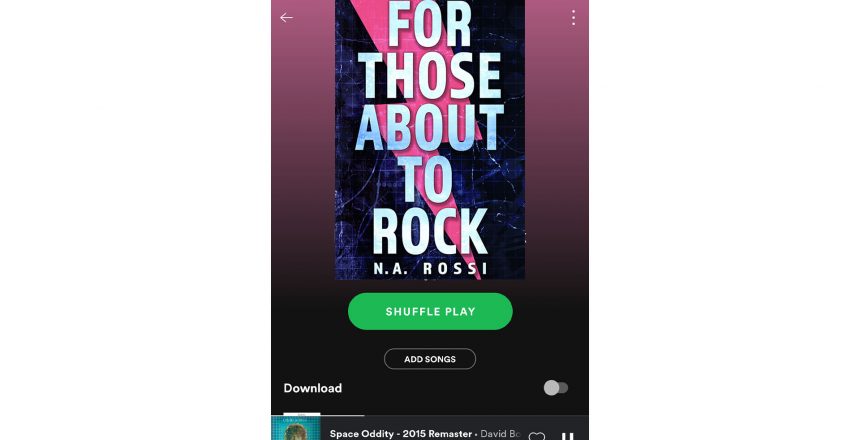 Here is the Spotify link for the playlist in For Those About to Rock, my giveaway prequel novella for the Rockstar Ending series.  Alternatively, you can click on the track list above and listen to from this page.

If you’re a regular reader, you’ll know that David Bowie has a habit of cropping up in my stories. In a short talk I did last week to The Sohemians in London’s Soho (the clue is in the name) I talked about him haunting the pages.

The group meets a stone’s throw from St Anne’s Court, which was once home to Trident Studios, the place where Bowie recorded Rock ‘n’ Roll Suicide in February 1973. An English Heritage Blue Plaque marks the spot.

You can be sure that most of these tracks would appear somewhere in Bob’s extensive vinyl collection, given to him for safekeeping by his parents. For Those About to Rock gives you the inside track on why his folks aren’t around in  Southport anymore to look after their own heirlooms.

I probably have more than half of these albums on vinyl myself, but the prospect of finding them feels even more daunting than my periodic book search.

If you missed the newsletter about the playlist for Rockstar Ending, you can have a look at the short piece on this blog, or head directly to Spotify where it’s available, too.

And if you’ve already downloaded For Those About to Rock, you can buy Rockstar Ending – in electronic or paperback format – on Amazon, other online platforms, or via your friendly neighbourhood bookshop.